This was originally post in September 2010 at Living and Loving in  California.

I have been very busy this week working on my classroom and getting ready for my kid's to come back. The process of transforming my classroom has taken months. I began working at this school in February of this year. When I "inherited" my classroom I noticed that it had been lacking some good old TLC. It was physically dirty and the "stuff" that was in the room was mostly broken, incomplete, or inappropriate for the students. So, the transformation began. I wish I had taken a photo of it on my first day so you could truly see the progress. I stayed at school until 7-8 PM each night for the first 2 weeks just working on the physical cleaning of the room. Then, I went in during Spring Break and began de-cluttering. By the end of the school year I had cleared the room of the broken/ incomplete/ inappropriate materials. Over the summer I completed the cleaning/ de-cluttering process and created a blank slate for me to work on this week.
These BEFORE photo's were taken on Wednesday, September 1st. 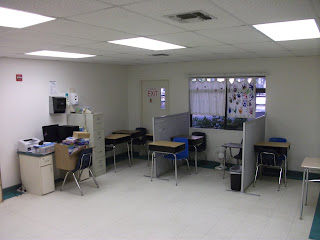 My students are highly distractable, so I created work stations around the edges of the classroom to reduce the number of distractions around them. When I originally came to this classroom, there was a group of desks in the middle and the kids on the edges were distracted by the middle group and the middle group was distracted by the groups on the edges. My desk was in that far corner so I moved it out to it's current location and moved the "middle group" into the corner. Also, the students in the middle were constantly getting out of their seats and I felt like I spent my day walking around in a circle re-directing them to sit down instead of working on their academics. 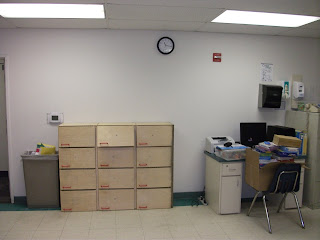 This wall originally had a HUGE bulletin board hanging on it, but I had it removed because it wasn't functional for our classroom needs. This unit with doors is actually "cubbies" where my kids keep their backpacks. However, my kids are pretty big, hence their back packs are pretty big as well. I tipped the cubbie unit on it's side and will be using it for another purpose. The box on the chair are NEW teaching materials! I was super excited when I received it. They are all complete and functional for my kids! 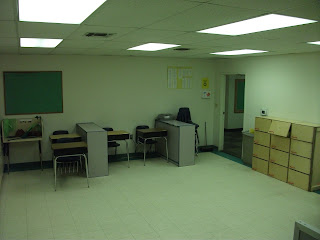 I made a request for 2 additional 1/2 wall dividers for this side of the room. I had to improvise and use book shelves for now. The book shelves are empty primarily because the books that we did have were not age appropriate and were more of a distraction than an educational aid. 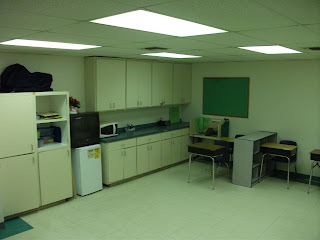 My classroom is not lacking storage. Unfortunately, these cabinets were jam packed with stuff when I arrived and when the kids would open them the stuff would literally fall out of them. Also, the bulletin board that is hanging on the wall is too close to my kids and I had to re-paper it least once a week because they would rip it.
So, I worked on setting up my room on September 1st, 2nd, 6th, 7th, 8th, 9th, 10th, 11th, and 12th. Yes, September 6th was Labor Day and I went into work. I stayed until 5-8PM each night because during the day we had a lot of mandatory trainings and meetings this week. I am on my way back to school now to put a few last minutes touches together and to take the AFTER photo's.
I'm so excited! Even though I know I have prepared and put 100% into my room, I am also nervous. Teachers get first day jitters too.
Please stop by again later tonight to see my finished classroom.
Posted by Cortney at 6:44 AM 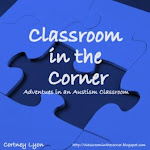